During yesterday’s midterm elections, voters delivered a resounding message across the country in support of reforming cannabis laws.

Michigan voters approved adult-use legalization while voters in Utah and Missouri resoundingly embraced medical cannabis reforms. The plant’s only defeat this election season was in North Dakota, where voters rejected a bill that would have established the least restricted cannabis market in the country.

There were also some indirect victories for cannabis last night, including the defeat of incumbent Texas Rep. Pete Sessions and several gubernatorial victories by pro-cannabis candidates.

Michigan voters approved Proposition 1 in a comfortable 56-44 percent margin, making Michigan the tenth state to legalize adult-use cannabis. Under the initiative, adults 21 and older can possess up to 2.5 ounces of cannabis and cultivate up to 12 plants in their own home. Retail sales may not launch until sometime in 2020, but cannabis will become legal just 10 days after the election results are officially certified.

Missouri voters saw three opportunities to legalize medical cannabis on their ballot yesterday, but only one of them soared far ahead for an easy 66-34 percent victory.

Missouri’s Amendment 2 was approved ahead of another constitutional amendment and a statutory amendment. Amendment 2 was seen as the safest and most progressive option, containing one of the lowest tax rates of any medical cannabis proposal (just four percent) as well as the stipulation that funds generated by the program will go to health services for military veterans and to funding the new program’s regulatory agency(s).

Amendment 2 was endorsed by NORML and the Marijuana Policy Project.

Missouri is the 31st U.S. state to legalize medical cannabis.

While victory is sweet, medical cannabis was more or less guaranteed already for the state of Utah after advocates reached a compromise last month with the bill’s opponents, mainly lawmakers and the Mormon Church. Proposition 2’s passage, however, means cannabis patients are significantly less likely to suffer without access if lawmakers were to renege on their agreement (which is a concern that has bothered some advocates).

“The passage of Proposition 2 illustrates just how broad support has grown for medical marijuana in the U.S.,” Matthew Scheich, deputy director of the Marijuana Policy Project, said in a written statement. “Even in socially conservative states like Utah, most voters recognize marijuana has significant medical value, and they believe it should be available to patients who could benefit from it.

The details of Utah’s Proposition 2 may be subject to change, but as it stands the initiative would allow patients with a physician’s approval to purchase up to two ounces of cannabis or up to ten grams of CBD or THC oil every two weeks. Patients who live at least 100 miles from the closest dispensary would also be allowed to grow up to six cannabis plants at home.

Notably, cannabis patients in Utah will not be allowed to smoke their medicine, relying instead on edibles, vaping, and other consumption methods.

Utah is the 32nd U.S. state to legalize medical cannabis.

North Dakota experienced the only cannabis defeat of the midterms. It was the first true legalization attempt in a resoundingly conservative state.

Voters rejected the state’s legalization initiative with a 59-41 percent majority. The proposal — which would have removed all penalties for cannabis from state law and allow anyone 21 or older to cultivate and sell the plant with no limitations, tax-free — was considered by some to be the most progressive legalization attempt ever undertaken in the U.S.

“Last night was not the result we wanted. We were outgunned in money, and the majority of voters said no. But we cannot give up. Our advocacy does not end. In the new legislative session, WE MUST fight tooth and nail for decriminalization of marijuana possession, and gear up for 2020. Start contacting your newly elected legislators now.” — Written statement from Legalize ND

While only four states voted on statewide cannabis initiatives, there were many other cannabis-adjacent elections that are worth noting.

Incumbent Texas Rep. Pete Sessions (R) lost to Democratic challenger Colin Allred, a former NFL player. During his time in the House, Sessions personally blocked dozens of cannabis proposals from consideration. In fact, Sessions has been such a staunch opponent to anything cannabis that Marijuana Policy Project founder Rob Kampia worked with other advocates to launch a PAC earlier this year dedicated to unseating him in the midterms.

Voters in 16 Wisconsin counties signaled support for reforming cannabis laws in the form of advisory questions. These questions appeared on the ballot but will not reflect any changes in state or county law — they were merely meant to gauge interest in the issue.

“In four states — Connecticut, Michigan, Minnesota, Illinois — voters elected Governors who openly campaigned on a platform that included legalizing adult marijuana use. In two other states — California and Colorado — voters elected Governors who have a long history of spearheading legalization reform efforts. And in Maine and in New Mexico, two of the nation’s most rabid marijuana prohibitionists, Paul LePage and Susana Martinez, have been replaced by Governors who are open to enacting common-sense cannabis reforms.” 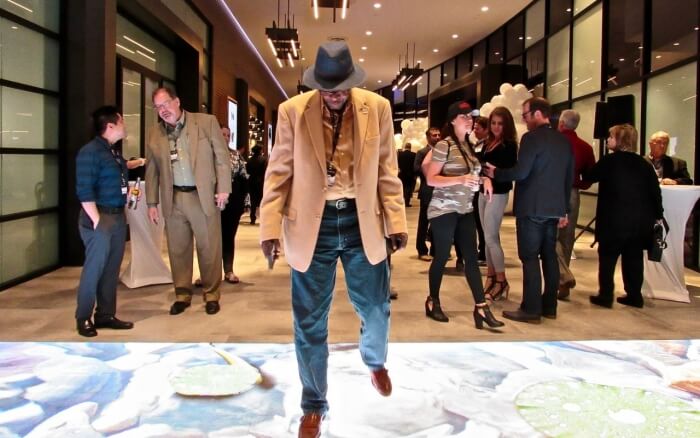