“Aleafia is once again positioning itself as an innovative leader in the cannabis industry,” said Aleafia Chairman Julian Fantino. “Secure outdoor cultivation will see Aleafia produce cannabis at among the lowest cost per gram rates in the industry when compared to traditional greenhouse cultivation.”

The company intends to complete its first harvest in the summer of 2019.

As part of Aleafia’s commitment to corporate social responsibility, the company will also hire primarily from the local labour force, creating between 80 to 100 jobs. The proposed outdoor cultivation site would include dual perimeter fencing and 24/7 on-site security.

The region is blessed with a climate and landscape perfectly suited to agriculture. This cultivation expansion will be a boon to the local tax base while creating good paying jobs. 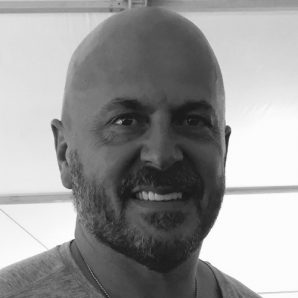 Aleafia is also pleased to announce that Lea Ray has joined its board of directors. Ray is a Chartered Professional Accountant and seasoned board director, holding an ICD.D from the Institute of Corporate Directors. Ray will also serve as chair of the audit committee which will now consist of Lea Ray, Mark Sandler and William Stewart.

Over the past decade, Ray has held multiple board leadership roles including Chair of Audit, Finance and Governance Committees and Board Vice-Chair. Her financial career began with PricewaterhouseCoopers and she is a former Vice-President Corporate Finance at Warner Bros. Entertainment Canada Inc.

Ray has also served on the Professional Conduct Committee of the Chartered Professional Accountants (Ontario) and has served as a board member and volunteer of several non-profit health, conservation and community institutions.

“The Aleafia board of directors is pleased to have Lea Ray join our ranks. Her wealth of experience as a business executive and corporate director will provide immediate value to Aleafia,” said Aleafia Chairman Julian Fantino. “Lea will be an invaluable resource for Aleafia as we expand our business and seek broader access to the U.S. investment community.”

The company granted Ms. Ray 250,000 stock options (the “Options”) under its stock option plan. Each Option is exercisable into common shares of the company at an exercise price of $2.65. The Options vest every six months over a two-year period and expire on October 5, 2023.

The company is also no longer proceeding with the proposed Early Warrant Incentive Program.

Aleafia is a leading, vertically integrated cannabis company with major cannabis cultivation & processing and medical cannabis clinics business operations. Aleafia owns two cannabis cultivation facilities, one of which is licensed and fully operational and one which will be fully operational in late 2018. Aleafia will reach a fully-funded annual growing capacity of 38,000 kg in 2019. Canabo Medical Clinics are the largest brick and mortar medical cannabis clinic network in Canada with 22 locations and over 50,000 patients.

Aurora Cannabis to List as ACB on the NYSE in October